Ministry of Education and Science of Ukraine Liliya Grinevich: From 2020 All foreign students will pass ZNO after the first year of studying 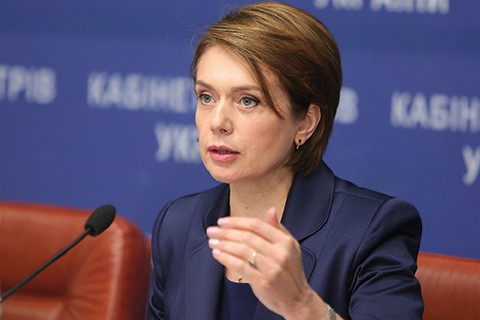 The first trial exam – the foreign language exam in the language of education – will take place in autumn, 2019.

Foreign students will pass it after their  first year of studying in Ukrainian higher education.

Such an initiative is the result of numerous complaints from foreign students as well as embassies of foreign countries on the quality of teaching foreign languages for their citizens – in Russian and in English.  This was stated by the Minister of Education and Science of Ukraine Lilia Grinevich , March 26,2019, during her speech at the Second Ukrainian Forum on International Education in Kyiv.

This will be a pilot project, in which not all schools of higher education  will take part. But starting from the year 2020 all external students will pass the exam in the language of instruction after their first year of studying.  The issue is being supervised by the Ukrainian Centre for Educational Quality Assessment.  After completing the training, an international student will receive an examination certificate  which gives him the right to continue education in his second year”,- explained Lilia Grinevich.

She added that students  studying in English and having international certificates such as IELTS, TOEFL, Cambridge Certificate with a level of at least B1 – will not pass examination in English once again.  Their certificate will be automatically taken into account as a successful exam.