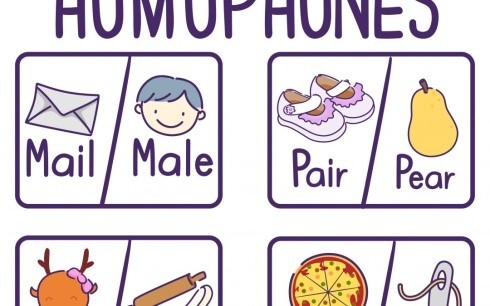 Have you heard of dictations, which do not make us yawn out of boredom? They are of different sort. Picture Dictation, for instance, provides that teacher dictates words and students draw what’s being dictated. They can also have a song dictation when students complete song lyrics or order the words in accordance with the content, card dictation (opposite to the picture dictation when students see images and write the text), visual dictation (teacher writes a short fragment which is read and analyzed and then written by memory), another kind of a visual dictation in which teacher erases the written text step by step and students renew it. There’s a variety of them. There are also homophonous ones. Homophones are known as words, which are pronounced in the same or similar way but written differently and surely have different meanings. There is an advertising slogan of a Finnish hotel completely made of ice – Have an ice time. I decided to keep on searching in this area and started collecting homophones from both books and my conversations with English natives. As a result, I have a rich phrase collection - Paws are making a pause, Too sweet to be true, Knights sleep at nights, The king was thrown off his thrown, A bear is bare but walking with it is not what I’d dare, There is an aisle between a harbor and an isle, They don’t pay taxes in Texas, What muscles can mussels have, We are a banned band, we don’t play in our land, Don’t add this ad, A meeting of an adult board is dull because adults are bored, Even if your boat is tied, it will suffer from the tide, I am here on the mine, they are there on theirs, Life’s nice on ice, Will Mary marry him? and many of the kind. Conducting a class, I turned the flipchart to me and dictated about twenty sentences containing homophones, writing them on the flipchart at the same time. Then I turned the board to the students to let them proofread. That dictation was both useful and funny.